4 Shades of Black & White The African Way of Sex and Love: black love, black sex, white passion – thousands of ways to get out of Africa 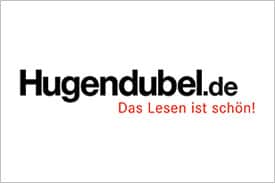 What is the book about? Here you can find the table of contents of "4 Shades of Black & White The African Way of Sex and Love: black love, black sex, white passion – thousands of ways to get out of Africa" by Dantse Dantse and explore all the amazing topics.

Mendo choup ke joug Evarist Dieu ne dort, a married young man also called “Johnny Walker”, makes up a master plan past any comparison to get to Europe with his family: a white woman, “Ms Visa”, must be found!
He needs to convince that woman to marry him, so he can leave the country. His real wife poses as his sister, his children as his nieces and nephews. As he arrives in Europe with his white wife, he wants to get his “sister” and the children there as well. The first part of his plan succeeds: he gets to Europe. But how will he get his “sister” there? Cunning Johnny makes up the second part of his plan. His white wife has a brother, so Johnny sings praises of his “sister” to him until the man leaves for Cameroon, falls in love with her, marries her and gets her to Europe with him. Afterwards, all four of them live together in their family home - a ménage à quatre. The two white siblings suspect nothing, until the third part of Johnny’s plan takes form …

Volume 1: the funny and captivating search for “Ms Visa” in Africa

Johnny leaves his family behind in Douala to go off in search for tourists in the idyllic beach town Kribi in Cameroon. He hopes to find the white woman he longs for there.
After a short time, he meets Carla, a German development aid worker. As he begins a passionate affair with her, the first part of his plan gets within reach. But he did not expect others to intervene: Mauritz - Carla’s boyfriend - and her colleague Anna, who seems to have taken an interest in Johnny as well. Manipulated by Anna, Mauritz puts Carla under pressure and she disappears without a trace. Therefore, a sudden love triangle starts developing between Johnny, Mauritz and Anna. They come closer to each other and search for Carla together.

What happened to her? Will she return? Who will she choose? Is Carla Johnny’s “Ms Visa”? Or will Anna be “the chosen one” in the end? That, we may get to know in volume 2 …

This trilogy succeeds like no other in pulling the reader deep into a magical world full of adventure - into a foreign, nearly mystical culture, with its ease of life and its many helpful wisdoms. A world in which the clocks work in a different direction, but everyone still moves forward. Afro-European relationships and their clichés are shown in a realistic and entertaining way.

Foreword
This novel is based on true events. A true story in which all parties concerned see themselves as the victim.
It shows what people in Africa and other countries are willing to do to get to Europe, “the paradise”. There are no moral limits anymore and the more Europe closes its doors, the more resourceful and smart prospective emigrants get. Many men in Africa pretend to be in love with European women to get to Europe – that is well-known. It is also known that many European women do the same; they take advantage of young, well-built Africans just to enjoy life or to live their fantasies. Many even know that there are cases where European women do not even suspect their African men to have wives and children at home and it does not surprise anyone anymore. But this case is different and exceeds everything a normal person could ever imagine.

This novel addresses the different cultural perceptions of Afro-European partnerships and shows how these relationships can be beautiful, passionate, contagious, and affectionate but also how they reach their limits and what often makes them fail. Through this book, the reader finds out how severely everyday life in Eu-rope influences and burdens the relationships and what mistakes the partners make concerning hurting, discrimination against, and lack of appreciation of the other one’s culture. Sensuality plays a great role in many black-white relationships.
I have had many conversations with people on both sides of such intercultural relationships before and while I was writing the novel. As a coach (www.mycoacher.jimdo.com), I often deal with such constellations. I have met Africans, and still meet them, who have married European women for similar reasons; I have also met women who have experienced something like this. With this novel, I want to display the situations, motivations, everyday experiences, conversations (that are led in front of or behind the partner’s back), the families’ and social environments’ reactions in both cultural areas, the many clichés without taboos, the sex and the longing – that plays a very important role in it – as real and realistic as possible.
I have described especially the sex scenes in detail in this book – which surely stirs up the blood of many. These erotic scenes will be familiar to those who know black sex. Someone who has never had erotic experiences with a black man or a black woman might think that these narratives may be exaggerated and unrealistic but, to me, it was important to portray the matters as realistically as possible – simply because it is that way.
A very suspenseful story developed which will captivate the reader even though it ends dramatically and painfully. You dive into a magical world full of adventures, into an unknown culture with its lightness of life and its many helpful wisdoms. In this culture, many things that might be hard to imagine for Western people are natural and obvious. Life should not always be taken so seriously. Much happens without our intervention anyway. So, why worry? The reader learns about unbelievable, suspenseful, very funny, and also painful, but real experiences and gets to know the African Was of Life up close – as though they were there. You start reading and cannot stop.
The novel does not only narrate the gruesome and hard story of Johnny, but it also tells you in a funny and lively way about real life in Cameroon and Germany.
Only the first few lines of the novel will make the reader fantasise about life in Africa and you can figuratively imagine what is going on there. A world where clocks tick somewhat differently some-times. A world full of discoveries, magic, surprises.
Only few novels have “revealed” so many “secrets” about these Afro-European relationships in such detail and without taboos or detours. Clichés – that we know in both cultures – belong there, too and are going to be made subject of the novel without fuss or quibble.
I changed the names and places. The man was not from Cameroon. I chose Cameroon because I could empathise with it the most. I chose Darmstadt as the German city for the same reason.
Volume 1 tells us about Johnny’s search for a white woman, Woman Visa, the woman who is supposed to open the door to Europe for him. He gets to know his first white woman.
In volume 2, there are two more women; they complicate Johnny’s decision and the dramatic fight of love runs its course. The majority of the events in those two volumes happen in Cameroon.
Volume 3, that will be published in the near future, narrates the perfidious realisation of Johnny’s plan, who is now living in Eu-rope with his wife.
There is more truth in this novel than you might think.

Dantse Dantse was born in Germany, studied in Germany and has been living in the city of Darmstadt for over 25 years. He is father of five, a type of human being you would usually call a survivalist. Unconventional, a free spirit with body and mind who is independent of the establishment, although he respects it completely.
As a child he lived together with 25 other children in total. His father had three officially married wives at the same time and they all lived together in the same complex. Growing up in this way, values like giving, sharing, emotions, love, jealousy, patience, compassion, and much else came with a different emphasis than in a so-called “normal” family. These childhood experiences, his African roots, the cultural influence of Europe on him, as well as his years of coaching experiences make him see, act and be different at times, which is very refreshing in a sense.
As the first African in Germany that founded a publishing house, indayi edition, and as an unconventional author, he likes to write and publish books that reflect his intercultural experiences. Books about values and about topics that society does not like to talk about and would prefer to brush under the carpet, but that are relevant for millions of people: homosexuality in Africa, female circumcision, sexuality, organ trafficking, racism, mental disorders, sexual abuse, and others. He writes and publishes books with the goal of explaining, changing, and improving – be it his guides, nonfiction books, novels, children’s books, or political blog-commentaries.
Inspired by his insights and knowledge from Africa which he acquired through many teachings and by his own extreme experiences and experiments – e.g. the excessive consumption of sugar to examine the effects on the psyche – as well as scientific studies and researches and with experiences from different parts of the world, he helps women, men and children through his coaching in the areas of nutrition, health, career, stress, burnout, spirituality, body, family, and love. With Dantse Dantse, you will master your life!
His unmistakable writing style, shaped by his African and French mother tongues, is his distinctive feature and was preserved by very cautious translation and editing.

Previous mbdb_book The 4 Pillars of Happiness: How VALUES make you happy forever, no matter what happensNext mbdb_book 4 Shades of Black & White – The African Way of Sex and Love: black love, black sex, white passion – thousands of ways out of Africa